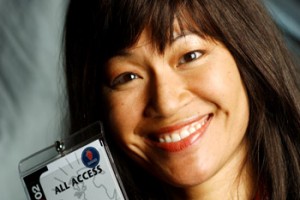 Freelance journalist Tracy Quan is currently on sabbatical – from being an upscale call girl. Her debut novel,Diary of a Manhattan Call Girl, released this year, is loosely based on her life as a runaway teen who became a successful New York prostitute. Quan’s novel picks up where her popular Salon.com fiction series ended – and has attracted a wide readership.

As The New York Times Service recently wrote, Quan “…..calls herself a lingerie liberal – an affluent call girl who identifies politically with oppressed streetwalkers – but she also sees herself as libertarian entrepreneur. She considers her call-girl self to have been a successful, independent businesswoman, not an exploited victim.”

Tracy Quan, a former sex worker and current author, talks about her career as a sex worker, writing,...