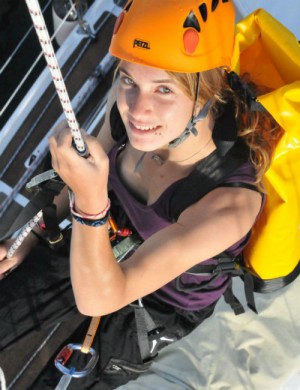 To say that 18-year-old Laura Dekker was destined for a nautical lifestyle is an understatement. Born at sea off the coast of New Zealand, the young Dutch sailor (who owned her first boat at the age of six) turned heads and ignited imaginations in 2009, when she first announced her plan to circumnavigate the earth’s oceans on a solo voyage. Less than a year later she set sail, and on Jan. 21, 2012, officially became the youngest individual to achieve that feat. Since then, she’s continued to sail both on her own, and with larger crews, and we’re looking forward to her stories and lessons learned from her months and years spent on – and off – the water.

When Laura Dekker made it know that she intended to become the youngest individual to sail around the world, not all of the attention that it attracted was positive. For over a year, Dutch authorities attempted to intervene, citing child welfare as their chief concern, but eventually relented and on Aug. 21, 2010, Dekker set sail from Gibraltar and embarked on what would become a record-breaking, 17-month journey.

Sailing on an 11.5-metre, two-masted ketch named Guppy, Dekker crossed the Atlantic, visited storied ports and archipelagos, and weathered some unsavoury weather, celebrating her 16th birthday. When she finally arrived at her journey’s official end point in Sint Maarten on Jan. 21, 2012, she successfully added her name to the world record books, having completed a solo circumnavigation at the age of 16 years, 123 days.

Despite the magnitude of the achievement, it’s been anything but an endpoint for Dekker, who has continued to sail both on her own and with larger crews since completing her voyage. But that shouldn’t come as a surprise – it’s clear that her home is on the water. 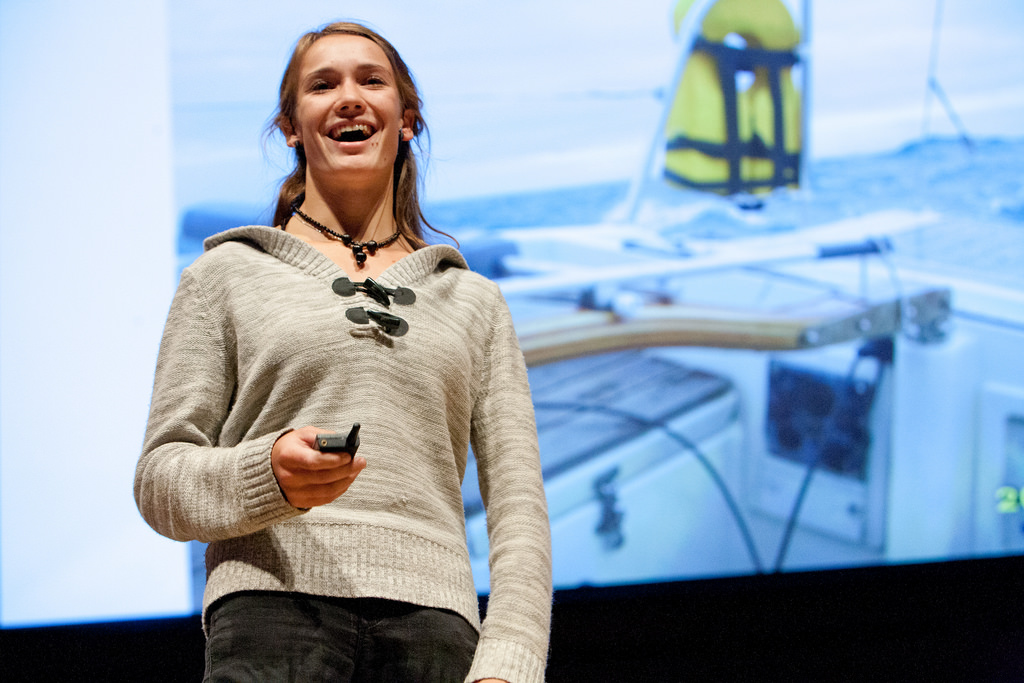 Laura Dekker - Youngest Circumnavigator to Sail Alone Around the World

Born on a boat Laura Dekker fell in love with sailing at a very young age. In her talk she discusses...