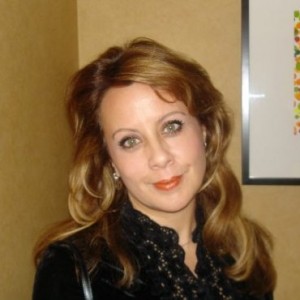 Isabel Hoffmann is an executive with experience and success in leading and scaling early-stage businesses. In the past 19 years, Isabel has founded eight companies in the fields of preventive medicine, health care, genetics, technology, entertainment and education in the North American, European and South American markets. She has negotiated strategic investments with groups such as CBS Corporation and Mitsubishi International. Isabel raised equity investment and convertible debenture notes in Wall Street, New York City, and Bay Street, Toronto. She was also the main strategic negotiator on several business acquisitions, including a US$28M acquisition of Corel Multimedia business division. Isabel is also a member of the advisory board for Samsung Mobile Healthcare.

Isabel was honoured with Ernst & Young’s Entrepreneur of the Year Award (1996), the Top 40 under 40 Award (1997), Canada’s National iWAY Award presented by the Royal Bank of Canada and CANARIE Inc. (1999), the Women in Technology Award by Bell Mobility (The Toronto Sun, 1999), and the Canada-America Business Council Award (1999). She was also the recipient of the University of Toronto’s Alumni of the Year Award (1995), and the Maclean’s Honour Roll for Canadian Excellence (1995). She has served on several boards of directors, including Communications and Information Technology of Ontario (CITO) and US Software and Information Industry Association.

This speaker has no past talks.