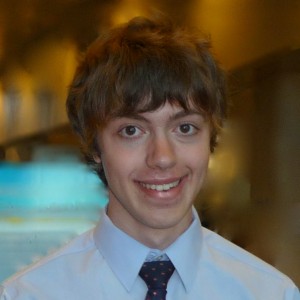 David Steinberg has been constructing puzzles since he was twelve and is the second-youngest constructor to be published in The New York Times under Will Shortz’s editorship. Now eighteen, he has published more than 170 puzzles in the Times, other markets, and books and has been the crossword editor of the Orange County Register’s associated newspapers since 2012. David is also the founder and director of The Pre-Shortzian Puzzle Project, a collaborative effort to build a digitized, fully analyzable database of New York Times crossword puzzles published before Will Shortz became editor, for which he received a $25,000 Davidson Fellows Scholarship. His first book, Chromatics, was published in 2012; his second, Juicy Crosswords, will appear in 2016. He plans to attend Stanford University this fall.

At the age of 14 David Steinberg published his first crossword in the New York Times. In his talk,...