Marc Emery – The Prince of Pot

The Prince of Pot Marc Emery shares his experience in marijuana activism. Marc has been arrested over 10 times, has had his offices raided 4 times and in 2001 funded the Supreme Court challenge to decriminalize marijuana. The government’s stance on marijuana use is puzzling, Marc says, as it is relatively benign in comparison with other psychoactive substances. Marc describes the shocking procedure of an arrest for marijuana possession and asks, Why is possession of marijuana still a criminal offense? Marc argues that, perhaps, it’s an evasive response to a long-standing ideological battle.

Alexander Tsiaras – Personalized Medicine: Empowering the Story of You 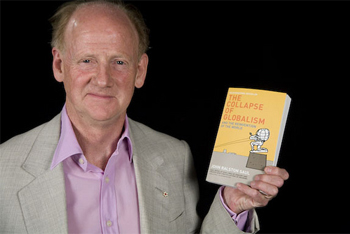 John Fowler – Cannabis 2.0: How Can it Lead to Global Prosperity?