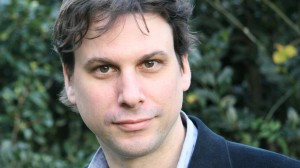 Thomas de Wesselow is an art historian experienced at tackling “unsolvable” problems. He earned his MA and PhD at London’s Courtauld Institute of Art, researching the controversial Guidoriccio fresco in Siena. Since 2007 he has been researching the Shroud of Turin full-time, as an independent scholar. He lives in Cambridge.

While a scholar at the British School at Rome, de Wesselow worked on another of the great mysteries of Italian art history, the Assisi Problem. After a year in the curatorial department at the National Gallery in London, he was appointed a postdoctoral research associate at King’s College, Cambridge, where he was later awarded a Leverhulme Early Career Fellowship. He has written on a number of famous Renaissance paintings whose meanings have hitherto defied analysis, including Botticelli’s Primavera and Titian’s Sacred and Profane Love. He has also developed new ideas about medieval world maps, in particular the Hereford Mappa Mundi.

Art historian Thomas de Wesselow discusses his work on the Shroud of Turin. Though carbon-dating seems...