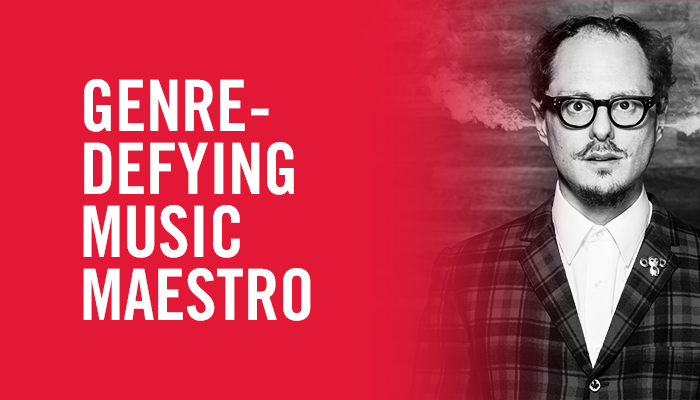 Known for his genre-bending approach and collaboration with musical giants of funk, klezmer, hip hop, lounge and classical music, Socalled has performed all over the world.

Born in Ottawa and raised in Chelsea, Quebec, he grew up taking piano lessons and loving funk and hip hop. When he first heard klezmer music on an old Yiddish record, he was fascinated by the cool sounds he could sample to make hip hop beats. Then he realized that integrating this Jewish music from the 1930s into his songs was a way of representing himself and his cultural heritage. It enabled him bring something of his own to funk and hip hop, giving him what he calls “a real reason to make music.”