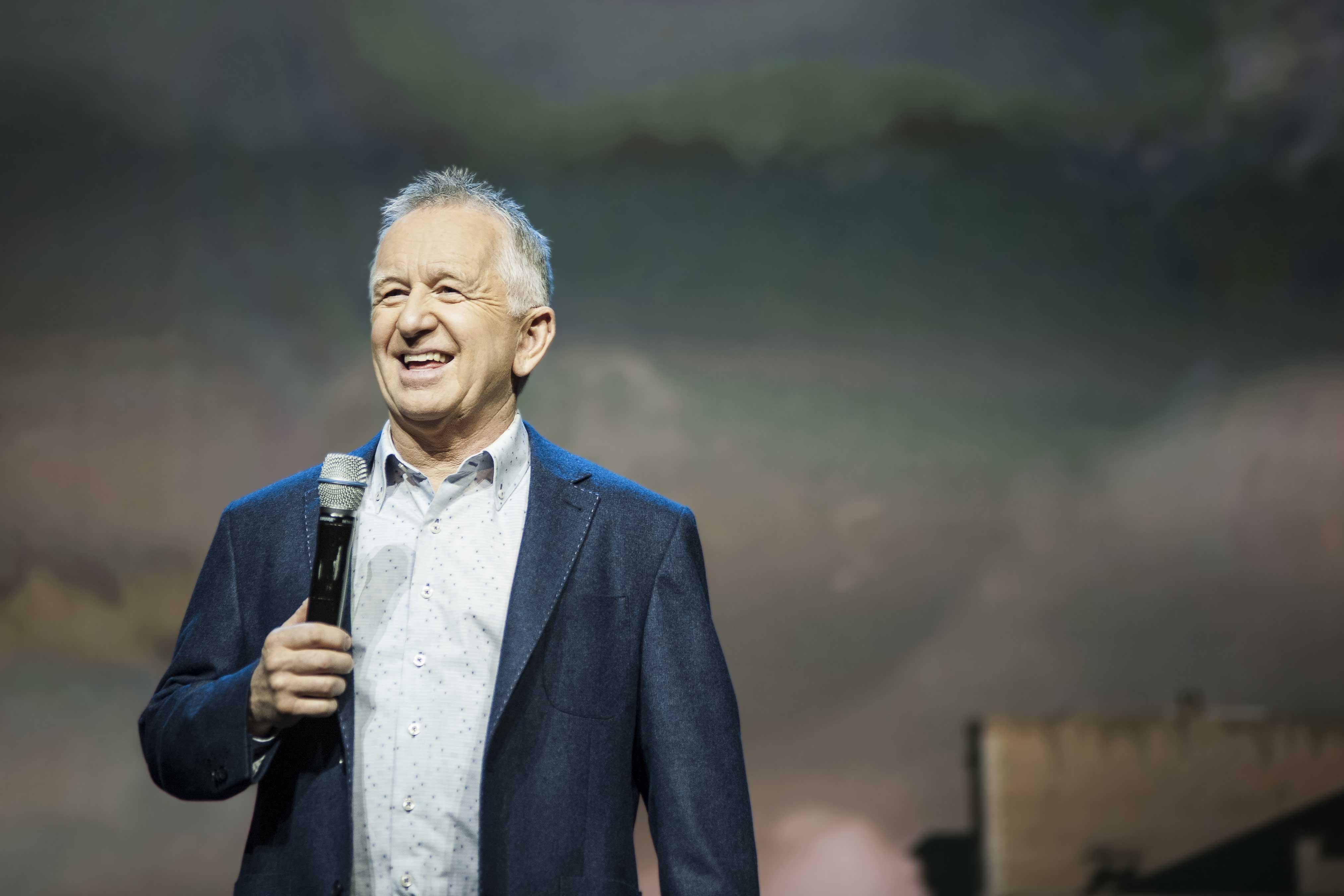 Consistently hailed by critics from coast to coast, …‘explosively funny’/Chronicle Herald)…‘a unique brand of funny all his own’/Winnipeg Free Press…‘the funniest man in Canada’/Victoria Times Colonist), award-winning comedian RON JAMES, has been selling out theatres from ‘The Rock’ to ‘Lotus Land’ for 15 years, with his marathon, kinetically-charged performances. Marshalling a comedian’s eye for satire and a writer’s ear for language, Ron takes his audience on a two hour, non-stop roller coaster ride, cutting a wide swath through contemporary culture with a razor sharp ribald wit, uncompromising standards and a unique, poetically honed delivery. He has written and starred in seven one hour comedy specials, (‘Up and Down in Shaky Town’ (The Comedy Network), ‘The Road Between My Ears’ (CBC) / ‘Quest for the West’ (CBC) / ‘West Coast Wild’ (CBC) / ‘Back Home’ (CBC) / ‘Manitoba Bound’ (CBC) / ‘The Big Picture’ (CBC), several of which garnered nearly one million viewers on CBC in a coveted New Year’s Eve 9 p.m. time slot, receiving stellar critical acclaim in the process: ‘a comedic a tour de force’…(Globe & Mail/John Doyle). Ron’s most recent comedy special, ‘Fast Forward,’ aired December 31st, 2015 to the tune of 1.48 million viewers.

After five seasons starring in the aptly named, ‘THE RON JAMES SHOW’, for which he received a nomination for a Canadian Screen Award as ‘Best Performance by an Actor in a Continuing Series,’ he filmed his seventh television comedy special, ‘The Big Picture’, before two sold out nights at the 1700 seat Fallsview Casino. Ron created and starred for two seasons in the TV series ‘BLACKFLY’, has been voted ‘Comedian of the Year’ and received the ‘Dave Broadfoot Comedic Genius Award’ from the CCA’s in 2014, for his impressive & inspiring body of work. His first book will be published by Random House in 2016.

Ron James left Canada to find the American dream however once he arrived he decided to head back to...