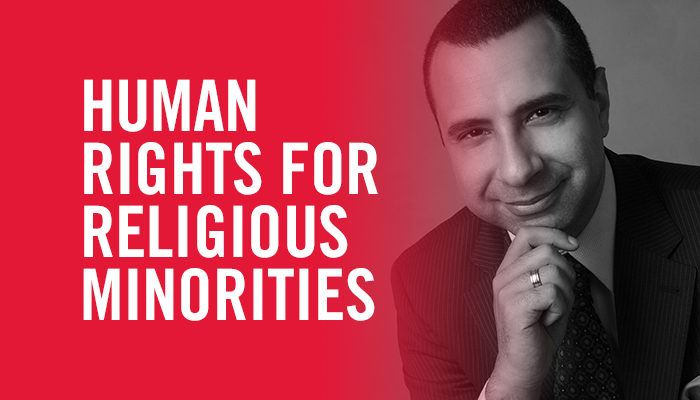 Rev. Majed El Shafie is a human rights advocate, and founder of One Free World International (OFWI), which works to save religious minorities from persecution by extremists and totalitarian governments around the world.

Born in Egypt to a prominent Muslim family, he was detained and tortured by Egyptian authorities after he converted to Christianity and began advocating equal rights for Egyptian Christians. Sentenced to death, he fled Egypt and settled in Canada in 2002, establishing OFWI to share a message of freedom, hope and tolerance for religious differences and to promote human rights through advocacy and public education.

OFWI is one of the leading organizations advocating human rights globally and has 28 branches around the world. Rev. El Shafie has testified before the Canadian parliament and US congress. He has provided expert testimony in many refugee proceedings in Canada and the United States, and has been invited to speak before the UN and the EU.

His life and work are the subject of Freedom Fighter, an award-winning documentary film. In 2012, Rev. El Shafie was recognized with the Queen Elizabeth II Diamond Jubilee Medal for his work on behalf of religious minorities.

“You don’t have to be Yazidi to help Yazidis. I am a Yazidi when I am helping them. I am Jewish...