Wired magazine may have put it best: “As astronomers go, RayJay is a rock star.” And for good reason – a graduate of Yale and Harvard, Ray Jayawardhana uses some of the world’s largest telescopes to explore planetary origins and diversity. The resulting discoveries have made headlines worldwide, and led to global recognition and accolades. Through engaging writing and thought-provoking presentations, he brings the science of the cosmos down to earth for a variety of audiences. And, in addition to spreading the word about his latest discoveries on the final frontier, Dr. Jayawardhana is also research professor and the Canada Research Chair in observational astrophysics at the University of Toronto.

Ray Jayawardhana is currently a professor and Canada Research Chair in observational astrophysics at the University of Toronto. He will move to York University in July as the Dean of Science.

A graduate of Yale and Harvard, he uses many of the world’s largest telescopes to explore planetary origins and diversity. Coauthor of over 100 scientific papers, his discoveries have made headlines worldwide and led to numerous accolades such as the Steacie Prize and the Rutherford Medal.

An award-winning writer, his articles have appeared in The Economist, New York Times, Boston Globe, Scientific American and elsewhere. His book Strange New Worlds: The Search for Alien Planets and Life Beyond Our Solar System (2011) was the basis of “The Planet Hunters” television documentary on the CBC. His latest book is Neutrino Hunters: The Thrilling Chase for a Ghostly Particle to Unlock the Secrets of the Universe (2013).

He is also a popular speaker and a frequent commentator for the media, and has created innovative science outreach programs such as CoolCosmos, featuring 3000 ads in Toronto’s transit vehicles.

Astrophysicist Ray Jayawardhana is on the hunt for planets, and ultimately, for extraterrestrial life... 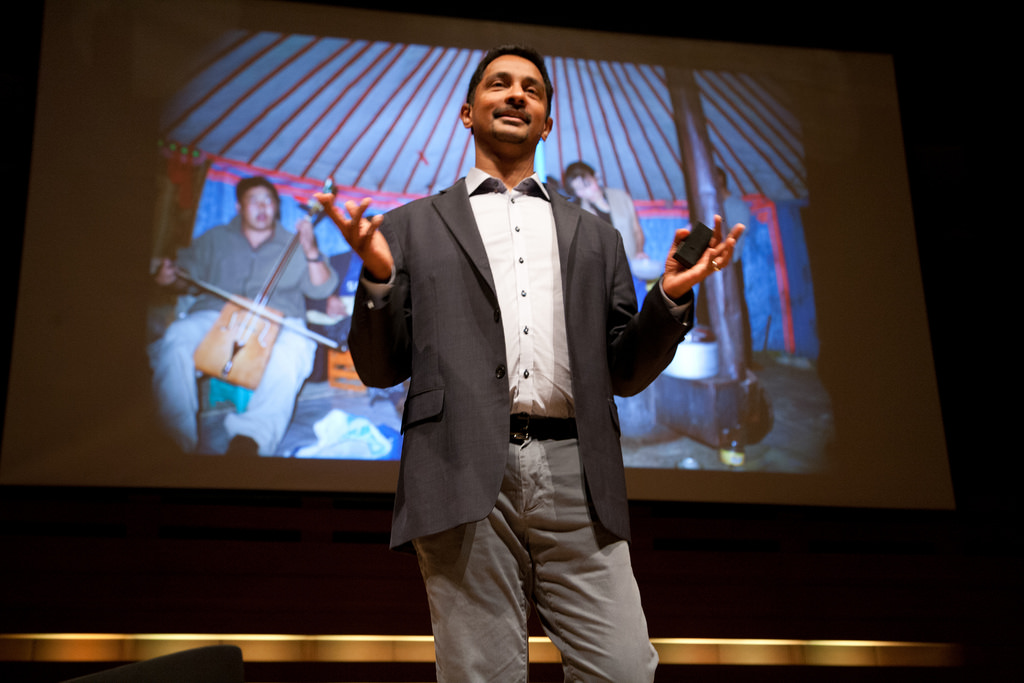 Connections between ourselves and the universe at large are many an intimate. Ray Jayawardhana teaches...