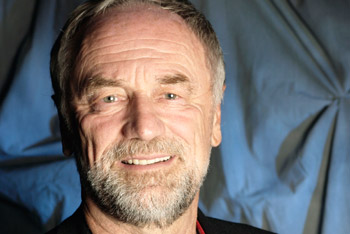 Nelson Skalbania is a Canadian engineer and real estate entrepreneur who is known for having signed a 17 year-old Wayne Gretzky to his first professional hockey contract in the World Hockey Association.

Skalbania began his career as an engineer after earning his Bachelor’s degree in Applied Science and his P. Eng from the University of British Columbia and his Master’s in Civil Engineering from the California Institute of Technology, where he specialized in seismic engineering. He is founder, majority owner and President of McKenzie Snowball and Skalbania, consultants in structural, electrical and mechanical engineering.

Skalbania found his way from engineering into the real estate business, conducting high-risk deals through the 70s and 80s that took him from billionaire to bankruptcy and back. His interest in professional sports led him to buy and sell numerous franchises, including the Edmonton Oilers and the Indianapolis Racers of the WHA, the Montreal Alouettes, and the Atlanta Flames, who he subsequently moved to Calgary.

Nelson Skalbania - Being an Entrepreneur

At the height of his career, Canadian engineer and real estate entrepreneur Nelson Skalbania owned...