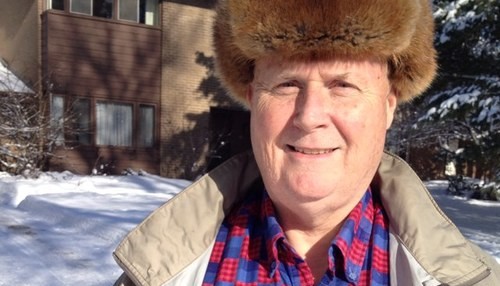 He called himself a “dinosaur” and the “last of his species” as Canada’s most experienced and most-traveled foreign correspondent. He dazzled us with his adventures and misadventures in the hottest spots in the world. Since then, the world has gotten even hotter, so you won’t want to miss his perspectives on what matters, who matters and what to look for next.

He was the international affairs columnist for the National Post and Postmedia for 15 years, and previously worked for the Sun newspapers and the Globe and Mail. Having worked overseas for 34 years, he lived in Belgium, Germany, Russia, Hong Kong, Britain, the Middle East, Afghanistan and in the Philippines.

Over the years, Fisher observed 19 wars and conflicts in Central America, the Balkans, the Middle East, Africa, Timor and Afghanistan. He was in Iraq for the battle for Mosul, in Africa covering the famine and refugee crisis spawned by the war in South Sudan, and in Latvia when Canadian troops were beginning a combat deployment as part of NATO’s tripwire to deter Russian aggression.

Matthew Fisher – Hope Amid the Ruins

Referring to himself as a dinosaur and the last of his species Canadian Foreign Correspondent Matthew...

Matthew Fisher was one of Canada’s last, larger-than-life foreign correspondents and in his 2017...