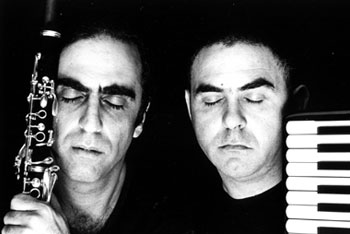 Born of Russian and Polish grandparents who immigrated to Argentina at the turn of the century, they have contributed to the recreation of Klezmer style since 1996 without anthropological pretension. On the contrary, they have developed their own language based on improvisation, combining musical elements from Argentinean folk music, jazz, contemporary music, and tango.

Music composers for film, theatre and dance, they have collaborated with musicians of different styles and used this wide aesthetic background to create a distinct version of Klezmer in each concert.