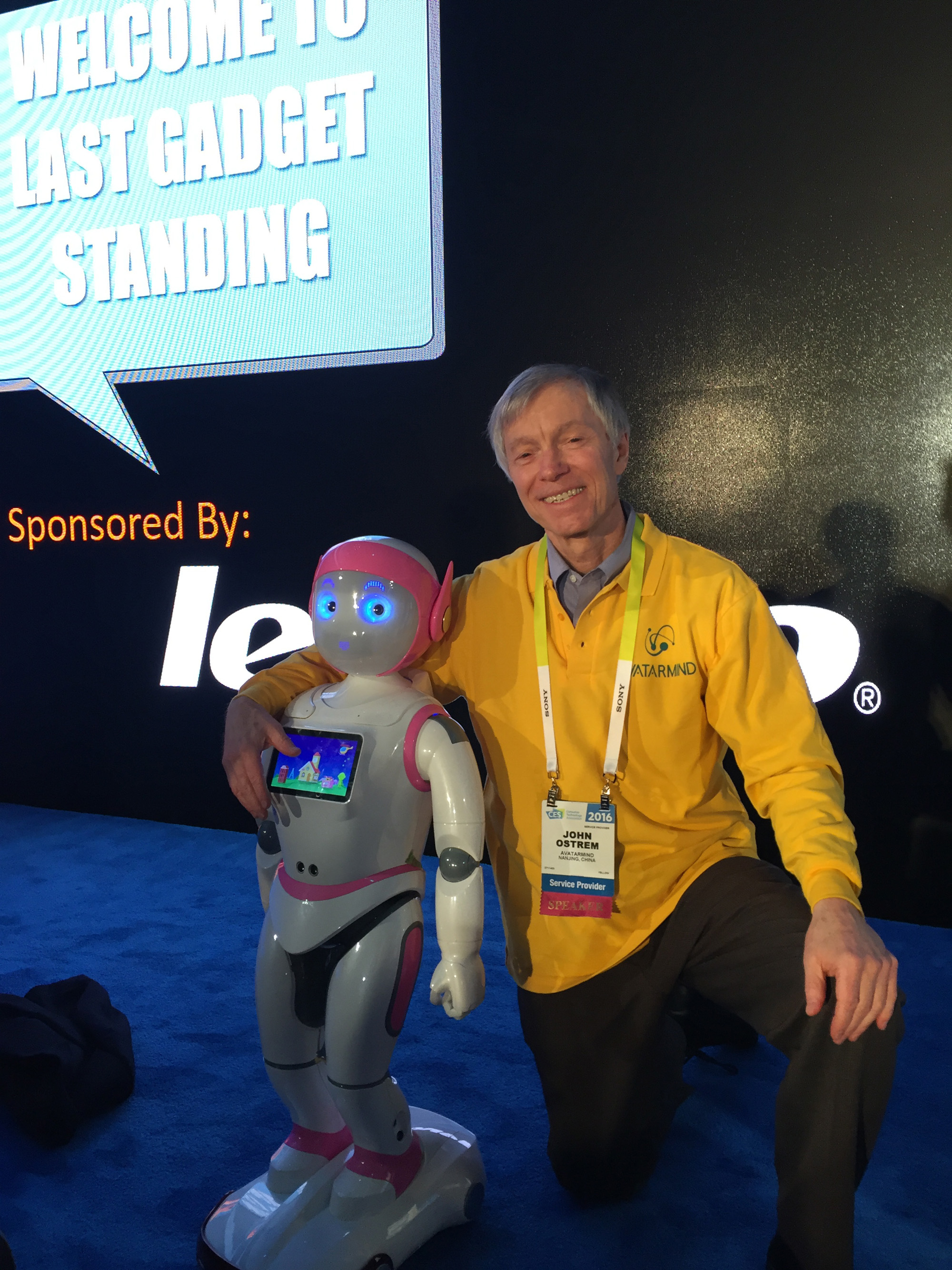 Dr. Ostrem has over 25 years experience developing new technology, bringing products to market, and founding new companies. Currently, he is CEO and co-founder of AvatarMind (www.ipalrobot.com), a robotics company that makes iPal®, an affordable social robot for children’s education, elder care, children with special needs, and retail/hospitality. Currently, he is on the Robotics Advisory board for the American Society of Mechanical Engineers. He is an investor and member of the Board of Directors of Genyous Biomed (www.genyous.com) and has served in past years as Sr. VP for Technology and Collaborative Research. He is also an investor, advisor, and member of the Board of Directors of moBack, which specializes in the new waves of virtual and augmented realities.

Previously he founded China MobileSoft in 2001, a company that developed Linux-based telecommunications software for the Chinese and International markets, and at various times served as Chairman, CEO, and CTO. China MobileSoft was acquired by PalmSource in early 2005 and Dr. Ostrem served as Lead Scientist at PalmSource. Subsequently, he was CTO and Chief Scientist of Nexage, a company that developed mobile Ad optimization and brokering services, which was acquired by Millennial Media. He also served on the Board of Directors of the Linux Phone Standards Forum, and as Chairman of the Steering Committee of OSDL’s Mobile Linux Initiative. Dr. Ostrem began his career as a scientist at SRI International (the former Stanford Research Institute), and developed the initial technology behind CIC, one of the first software companies to be spun off from SRI. He has a Ph.D. from the University of California.