365 Marathons in One Year 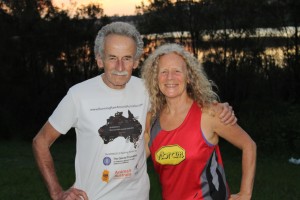 365 MARATHONS IN ONE YEAR

Over the course of their marriage, Janette Murray-Wakelin and Alan Murray have lived their lives to the fullest, embracing the challenge of endurance sports, the enrichment of global travel and, above all, the rewards of a natural and healthy lifestyle for themselves and their family. However, they met an unexpected and frightening hurdle when Janette, at 52, was diagnosed with aggressive breast cancer and given less than a year to live. The path that Janette took with the support of Alan and her family resulted in an inevitable journey to a more healthy conscious living and the passion to share their (extensive) knowledge and experiences (like running a marathon a day for a year) with others.

Learn more, and contribute to their upcoming documentary here.

Originally from New Zealand and now residing in Warrandyte just north of Melbourne, Janette and Alan have many stories to tell about their very diverse, adventurous life. Their personal lifestyle throughout 40+ years of marriage and raising a family, having a successful business partnership, and extensive world travel, has always been centered around health and wellness and sharing their consciousness with others.

From sailing in their 40′ sailboat with their two young children throughout New Zealand, the South Pacific and Papua New Guinea, to working their 400-ton freight boat on the inland waterways of Europe, Janette and Alan enjoyed a physically active, healthy and conscious lifestyle throughout their traveling years with their family.

But the next chapter in their lives created the biggest challenge. At 52, Janette was diagnosed with breast cancer and the prognosis was only 6 months or possibly a year with conventional chemotherapy and radiation treatment. The path that Janette took with the support of Alan and her family resulted in an inevitable journey to a more healthy conscious living and the passion to share their (extensive) knowledge and experience with others.

Throughout the year 2013, to inspire and motivate conscious lifestyle choices, to promote kindness and compassion for all living beings and to raise environmental awareness for a sustainable future, veteran raw vegan runners Janette Murray-Wakelin and Alan Murray ran together around Australia, 15,782km, 366 marathons each in 366 days, an average of 43 km per day. On January 1, 2014, they acquired world acclaim by setting a new World Record as the only couple over the age of 60 fueled entirely on raw fruit and veg, wearing barefoot shoes, to run 366 consecutive marathons while Running Raw Around Australia.

Janette and Alan have been actively following a raw vegan lifestyle for over 11 years. As veteran ultra endurance runners, they have proved beyond any doubt that living a raw, vegan conscious lifestyle results in optimal health where physically, mentally and emotionally, anything is achievable. Janette is the author of the highly acclaimed book ‘Raw Can Cure Cancer’ and her second book, ‘Running Out of Time’, based on their Run around Australia will be released along with the documentary in August 2014.

You can contribute to the filming of their upcoming documentary here. 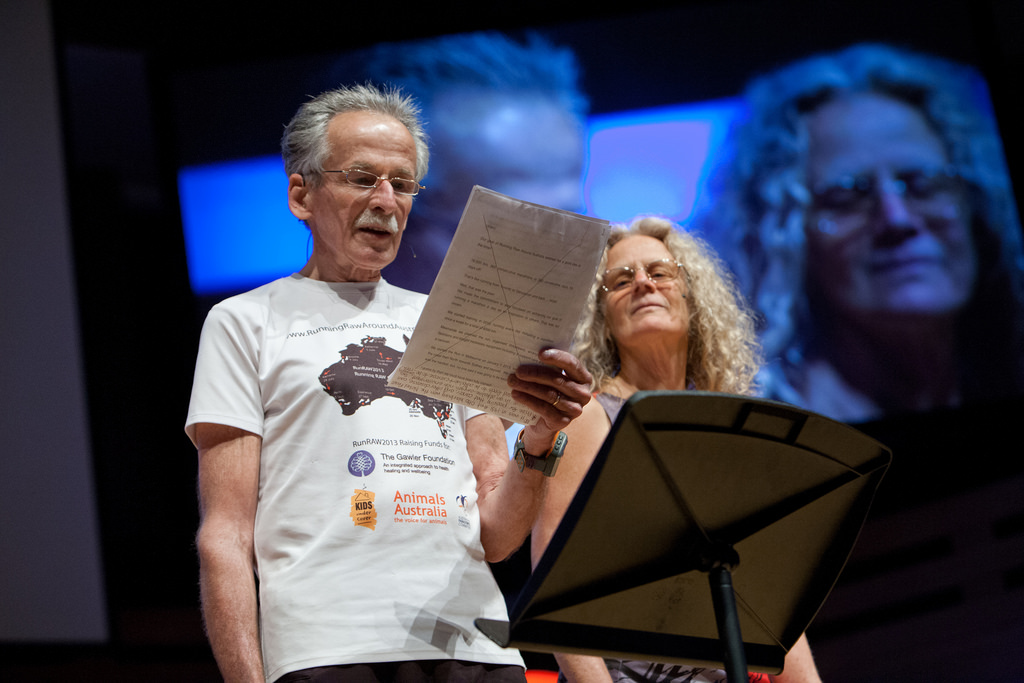 After curing herself from cancer by eating a raw diet, Jannette and Alan Murray decided to change...