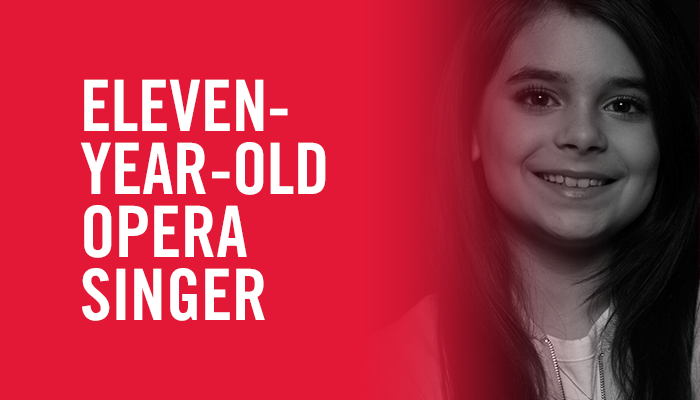 Eleven-year-old Isabella Elise Tomaso became inspired by opera while listening to her grandfather singing some of the classics recorded Luciano Pavarotti.

Isabella began studying piano and voice at the Royal Conservatory of Music at the age of four. She has performed in many recitals, displaying her talents in acting, dancing and singing.