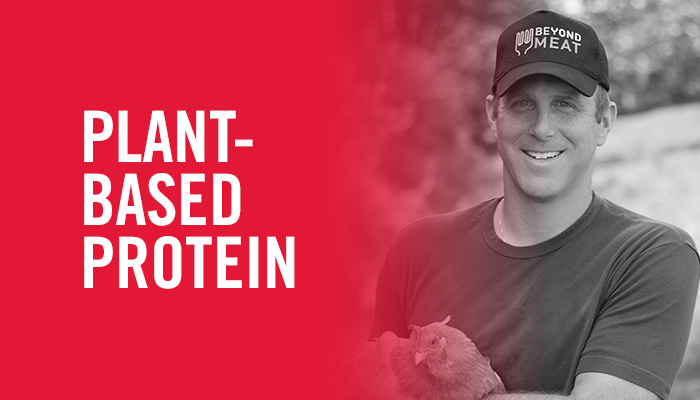 Ethan Brown is the co-founder and CEO of Beyond Meat, the world’s first plant-based burger that looks, cooks, and tastes like fresh ground beef. At last year’s ideacity, he explained the groundbreaking technology and why “tomorrow is about plant-based protein.” Now he returns with more news.

Ethan’s career and his childhood interest in animals and agriculture led him to ask a basic question: do we need animals for meat production? The “aha” moment was the realization that removing the animal from the protein production chain could simultaneously address challenges to human health, climate change, natural resources, and animal welfare. In 2009, Ethan founded what is now Beyond Meat.

“Tomorrow is about plant based protein.” These are the words of...

Ethan Brown and Peter Brown - Meat in the Anthropocene

Dr. Peter Brown’s career has concentrated on the uses of philosophy to think critically about the...