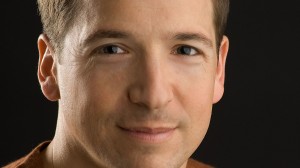 David Wolman is a contributing editor at Wired. He has also written for publications such as the New York Times, Wall Street Journal, Outside, Mother Jones, Time, Newsweek, and Discover, and his work has been anthologized in the Best American Science Writing series. His long-form feature about revolutionaries in Egypt, “The Instigators,” was nominated for a 2012 National Magazine Award for reporting.

Wolman’s latest book, The End of Money, was released on February 14, 2012, by Da Capo Press. It’s a globetrotting exploration of a topic that many readers have always taken for granted: the cash in their pockets.

His previous books are A Left-Hand Turn Around the World, published in 2005, and Righting the Mother Tongue: From Olde English to Email, published in 2008. Wolman is a graduate of Stanford University’s journalism program and a former Fulbright journalism fellow. He now lives in Portland, Oregon.

David Wolman on the end of cash

David Wolman advocates a cashless future and gives a series of arguments in defense of a monetary...