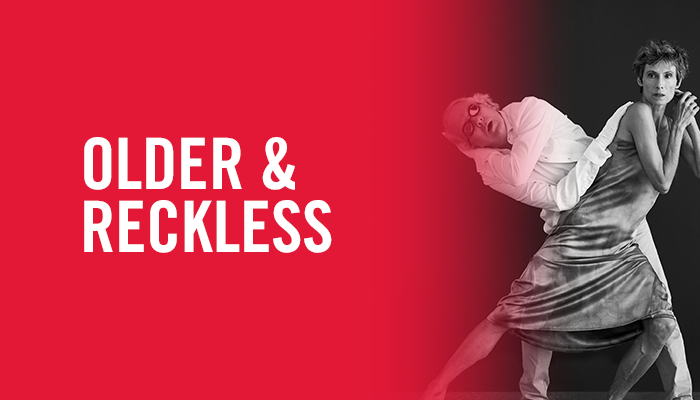 Claudia Moore, performer, curator and artistic director of MOonhORsE Dance Theatre (MDT), has been a force on the Canadian dance scene since the late 1970s. Robert Desrosiers is a Canadian dancer, choreographer and actor.

Claudia Moore founded MDT in 1996 as a home for her performance projects, and continues to pursue her passion as an interpreter in commissioned works by acclaimed creators. Claudia curates Older & Reckless (O&R), a performance series renowned for its celebration of mature dance artists and their tenacious life-long pursuit of physical expression. Past awards include the Jacqueline Lemieux Award for her contributions to the artform and a Dora for Outstanding New Choreography.

Robert Desrosiers has worked with numerous artists and companies including Dancemakers, Toronto Dance Theatre, Lindsay Kemp, Leonard Cohen and the Toronto Mendelssohn Choir. In 1980, he formed Desrosiers Dance Theatre. His works have been commissioned for the National Ballet of Canada, the film The Company, the 1988 Calgary Winter Olympics, and the National Arts Centre in Ottawa.