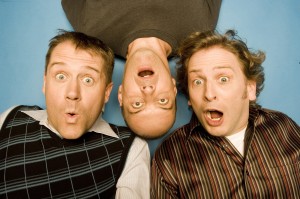 It began as a hobby, making fun of a big dumb world. Over the years, though, musically-inclined comedians (or are they comically-inclined musicians?) The Arrogant Worms have used their unique combination of talents to win over audiences large and small. Luckily, the world is still dumb and the trio (composed of Mike McCormick, Chris Patterson and Trevor Strong) still has plenty to sing about. The shows are fast, furious and family friendly. The wit is quick, the satire is biting and the musicianship is second to none. So is it any wonder that their unique energy and showmanship has earned them fans from kids to parents to grandparents to Princess Leia? See for yourself!

Three quarters of a quarter of a century ago, something magnificent happened in Kingston, Ontario, Canada. Sensing a desperate public need for musical comedy, The Arrogant Worms was formed.  The Arrogant Worms began as a comedy troupe performing songs and sketches on the campus radio station in 1991.  As the live show developed, the songs delighted the audience. The sketches – not so much.

Since then, The Arrogant Worms have sold more than 150,000 copies of their 12 albums and played on three continents to crowds as large as 100,000. They were recognized in 2003 as the Touring Act of the Year by the Canadian Arts Presenters Association. The Worms have entertained at corporate functions, sung anthems at sporting events and emceed at major festivals. Their songs are in school lesson plans, in textbooks and even played on the Space Shuttle. On earth or in space, everyone digs these Worms. 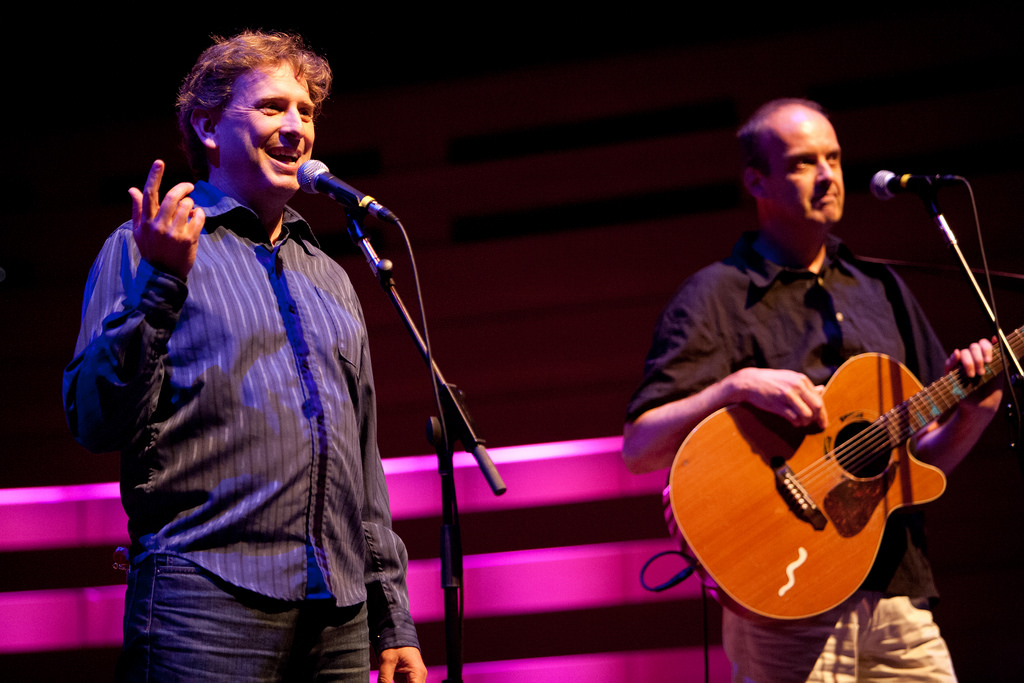 Comedic musical trio Arrogant Worms perform during our animal pod and create songs specific for i...