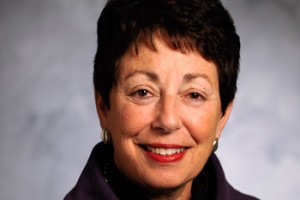 As President of the Toronto chapter of the United Way since 1987, Anne Golden has become a prominent champion for social justice. She was named Newsmaker of the Year by Global Television and the Toronto Sun in November 1998, the year the Toronto United Way campaign raised $60.25 million.

Dr. Golden recently chaired two major task forces. The first, in 1995, resulted in the “Golden Report,” a plan to address property tax and other problems facing the Greater Toronto city-region. The second, in 1998, resulted in “Taking Responsibility for Homelessness: An Action Plan for Toronto,” a report that advanced 105 recommendations for all three levels of government and set forth an action plan to solve homelessness.

She has been honoured with numerous awards, including the 1998 Diamond Award from Variety/The Children’s Charity for her “remarkable contribution to our community,” and she received an honorary LLD degree from Ryerson Polytechnic University in 1997.

Dr. Golden currently sits on the Governing Council of the University of Toronto, and the boards of Sceptre Investment Counsel Limited and the Toronto Olympic Bid Corp.

Anne Golden is passionate about philanthropy, United Way, cities, to name a few, but, she realized...