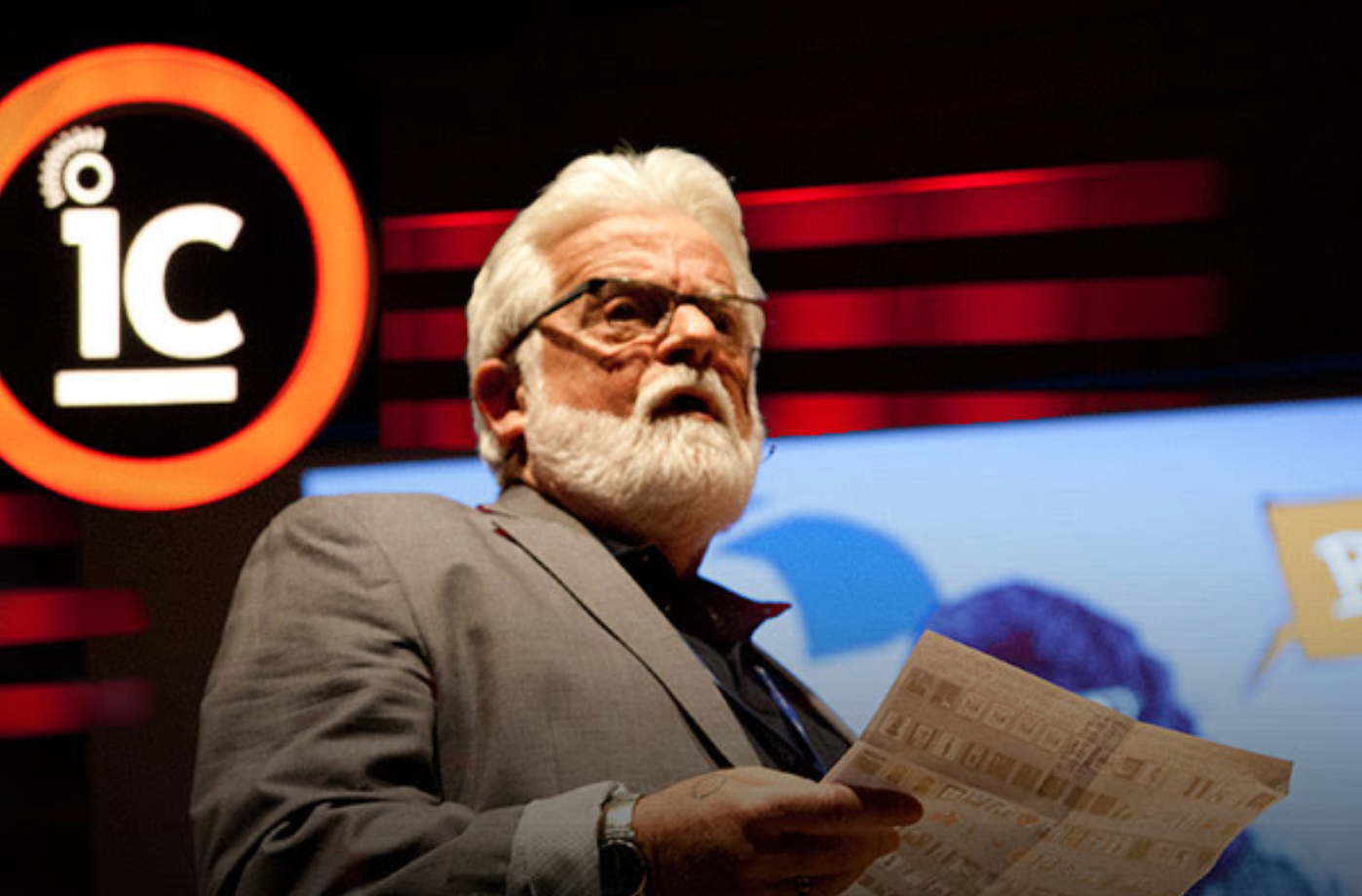 Team Canada made it to the 2022 World Cup with our nation rallying behind it. Even defeat was a feat. But back in 1972, it was hockey that brought us together with the Canada-USSR Summit – and we won! Terry Mosher was there to capture the edge-of-your-seat action in his commanding political and social cartooning style, during his first year working for the Montreal Gazette under his nom de plume, Aislin.

Terry’s latest book, Montreal To Moscow, pays tribute to that series with a collection of cartoons, commentary and anecdotes drawing from his work, as well other sources. His humour is indefatigable, attested by his appearance at ideacity back in 2016, when Terry had the audience chuckling with his commentary on some of his most iconic cartoons, poking fun at everyone from Justin Trudeau to The Queen to Moses himself.